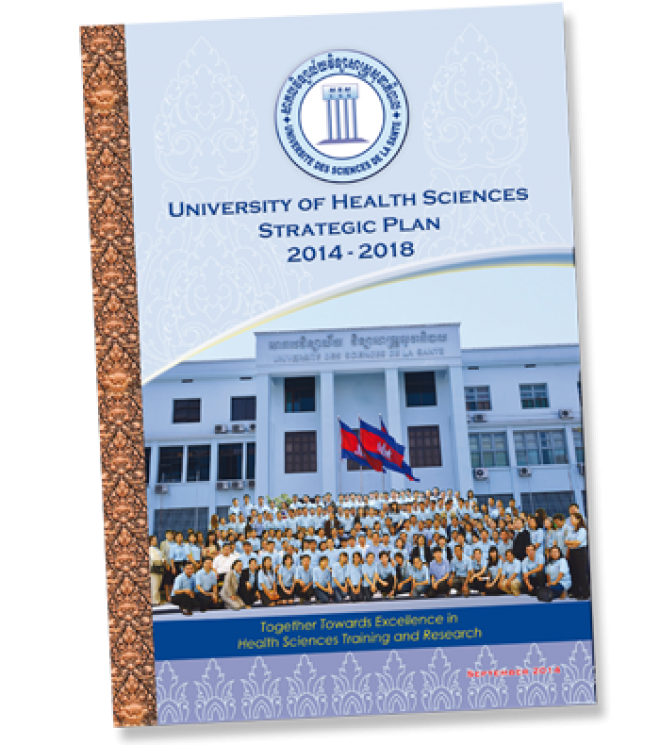 UHS at a glance

The University of Health Sciences was first established in June 1946 as the School for Medical Officers, following which it became the Cambodian Royal School of Medicine in 1953, then the Faculty of Medicine and Pharmacy in 1962.

In 1967, the Faculty of Pharmacy was moved to the University of Phnom Penh.

In 1971, it became the Medical and Paramedical Faculty, in which a dentistry section was developed. The university was totally abandoned and severely damaged throughout the genocidal regime of Pol Pot.

It resumed its activities in January 1980 as the combined Faculty of Medicine, Pharmacy and Dentistry, and it became the University of Health Sciences (UHS) in 1997.

The University of the Health Sciences has two campuses. One for the Faculties of Medicine, Dentistry and Pharmacy, which also offers training in Public Health. The other for the Technical School for Medical Care, which includes training for nurses, midwives, physiotherapists, laboratory technicians and radiology technologists.

During the 2014-15 academic year, the UHS Faculties welcomed 772 students in Dentistry, 3396 students in Medicine, 852 students in Pharmacy, and 47 students in Public Health. The Technical School Medical Care provided training to a total of 2553 students.

To ensure the training of these 7606 students, the UHS mobilized 413 administrative personals including 215 government employees, and 1788 teachers and trainers.